A look back at… : the Choir at “Un violon sur le sable” festival 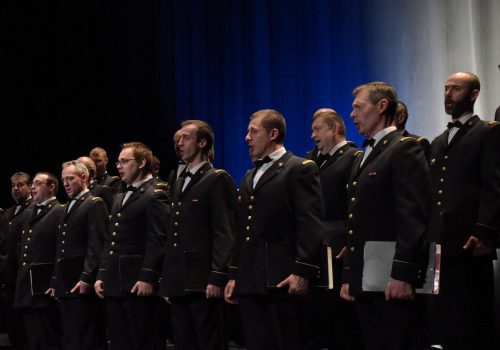 On July 20, 2019, the French Army Choir, among other artists, performed in front of 50,000 people who had taken place on the Grande Conche beach in Royan, during the opening concert of the 32nd edition of the festival “Un violon sur le sable”.

The next day, as part of the “off” festival called “Un violon dans la ville”, the Choir performed in the ancient theater of Fâ, in Barzan, an exceptional and atypical setting for our singers and their choirmaster, Aurore Tillac.

“In this green setting steeped in history, with breathtaking views of the Gironde estuary, the 35 singers alternated lyric works and popular songs, like this cover of the famous Poinçonneur des Lilas. […] For these military men, who had already sung the day before on the Grande Conche beach, the season ends in the most pleasant way. Two concerts are already planned for December in Paris. ” (Marie Herenstein for France Television)

The full article and a video report (in French) are available by clicking on “learn more”.

You can also find an interview (in French) with Aurore Tillac and an extract from the concert at the ancient theater here. 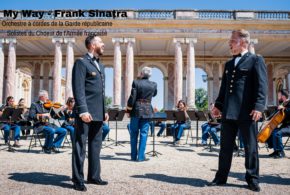 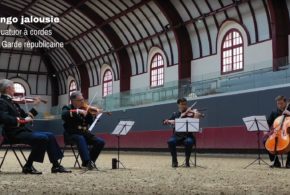 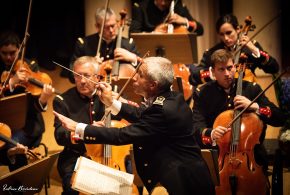